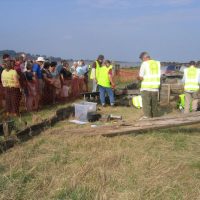 Walks with talks at the ships’ graveyards … 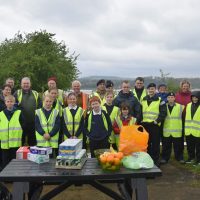 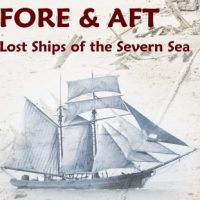 Presentations for societies and clubs …

At the request of Natural England, to allow for the over wintering of birds, guided tours in company of a Friends' Maritime Historian only run between the months of March to November. Booking essential due to limited places ... see 'Contact' page for details.

Talks for Societies and Clubs

Talk 2 – Lydney’s Lost Fleet – The Lydney Ships Graveyard – Wonder through a 1930s Severnside Victorian dock down to the foreshore and its collection of abandoned maritime relics.

Talk 3 – Sharpness Scuppered Ships – The Sharpness Ship Graveyard – the now immensely popular 3rd talk in the series of anecdotal memoirs and maritime tales of the regions gallant lighter-men and their forsaken fleet of steel workhorses that lay adjacent to the Sharpness Canal.

Talk 4 – Disaster Waiting – The Severn Bridge Disaster – in line with commemorative activities to remember the 50th anniversary of the structures demise – Disaster Waiting gives a comprehensive overview of the bridges construction, its daily operation, and eventual destruction at the hands of two run away tankers. The talk uniquely seeks to unravel several bridge myths and presents recently unearthed documentary evidence which assist to lay to rest this sad chapter of Gloucestershire Maritime Past.

Talk 5 – Port to Port – A historical journey, the length and breadth of the Sharpness to Gloucester Canal. – Charts the fortunes of Gloucestershire’s waterborne trade via its famous ship canal. Starting at the rural dock of Sharpness, the audience is taken on a historic journey northward, momentarily stopping at points of interest, until eventually ‘hoveing too’ in the cities historic Gloucester dock.

Talk 6 – Wrecks to Relic’s – Purton’s Mulberry Blueprint – Explore Purton’s much maligned connection to the nation’s greatest amphibious assault of the beaches during uring Operation Overlord. Made possible by engineers, actioned by cold steel and enabled by the nations maritime true grit, the talk outlines Purton’s now famous flotilla of concrete ships, obscure and yet vital role in the formation of Mulberry Harbours.

Talk 7 – A Wreckers Tales – Ship Breakers of the Severn Uncover the changing fortunes of the regions shipping which led to its ultimate and timely demise at the hands of determined wreckers, scattered the length of the Severn’s foreshore at Sharpness. Regale as vessels are driven ashore, be it intentional or by fate, whilst we recall and record the passing of so many by so few.

Talk 8 – Rout on the Riviera – Exercise Tiger – The Slapton Sands Disaster – documents the tragic events of the night of April 28th 1944. Almost forgotten, the story places the listener in the heart of sleepy Lyme Bay at a time of the Allied operations in readiness for Operation Overlord. Originally considered safe in home waters a loaded convoy sets sail. But by daybreak, two ships lay on the sea bed; one limping badly damaged and 749 souls missing – a scene of total devastation. Step forward 40 years and peace has returned to the shore, albeit the tranquil scene is silently guarded by one man’s determination…..to recover a sunken tank!

Talk 9 – In Defence of the Drift – A Gloster boy abroad. Ahead of the 150th anniversary of the battle, the talk transports the audience from the sun baked plains of Victorian South African to the serein pastures of rural Churcham. All the while setting the scene of the now long forgotten tale of Forest boy Alfred Henry Hook, V.C. winner, whose epic exploits whilst at Rorkes Drift – January 22nd -23rd 1879, ultimately led to his starring, yet much maligned, role in the now famous blockbuster ‘Zulu’.

Talk 10 – Titanic Effort! – R.M.S. Carpathia’s dash to save a stricken liner. Set amongst the frozen ice flows of the North Atlantic, the pride of the Cunard line waits silently on passage to New York. However, events that fateful April night and some 58 miles away in the darkness, will go down in maritime history for both actions of great bravery and apparent cowardice all in the face of the tragic loss of the White Star liner Titanic and over 1500 souls.

Talk 11 – Light in the darkest hour – Dunkirk’s Little Ships – Set amidst the carnage of defeat – a flotilla of hope sets sail 26 th May – 4 th June 1940, to assist in an Army’s determined escape to fight again!