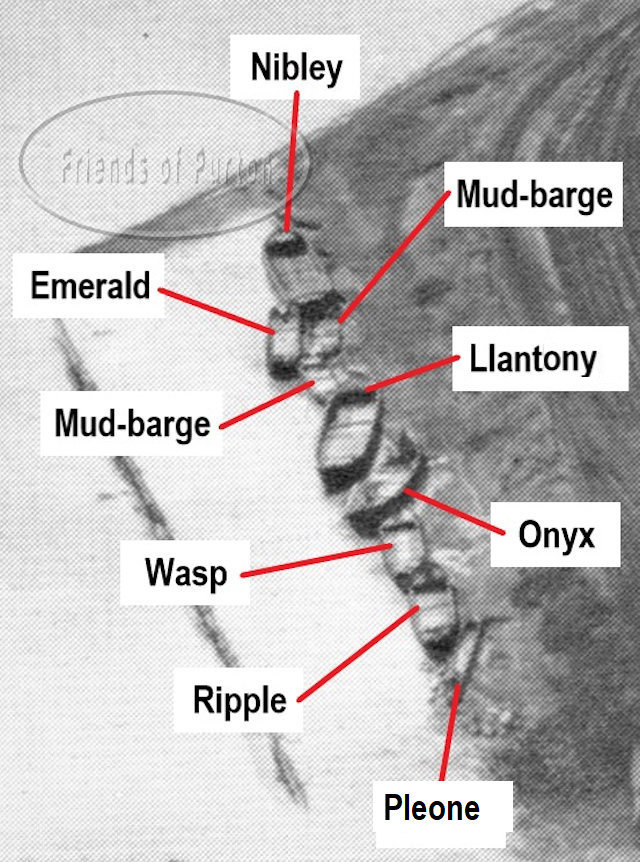 It is a sad fact that owners of merchant vessels had no legal obligation to advise authorities upon the disposal of their ships, barges or lighters. Some of course did, however most choose not too and in turn left a legacy of unanswered questions and uncertainty. There will of course be a myriad of reason why this was the case be it financial, legal or indeed marital as many vessels of the day where often in owners next of kin or wives names, one can only assume for tax purposes or a desire not to pay death duties. Either way, other than various post 1954 images, detailing the south of the sites in which the two smaller barges are seen – very little is known of the vessels heritage original use or indeed whether they had arrived on the same tide as No 4 dredger as employed to empty Lydneys harbour and can of silt in 1954 – research will continue.