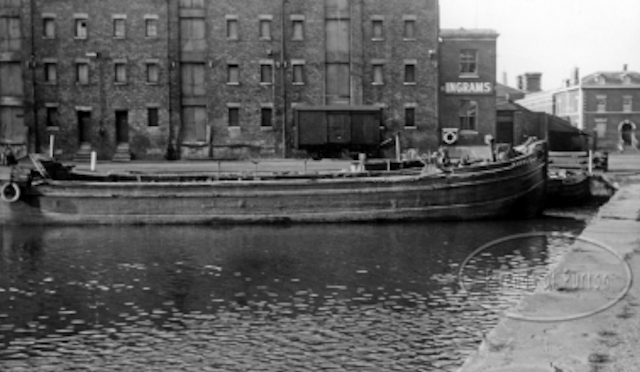 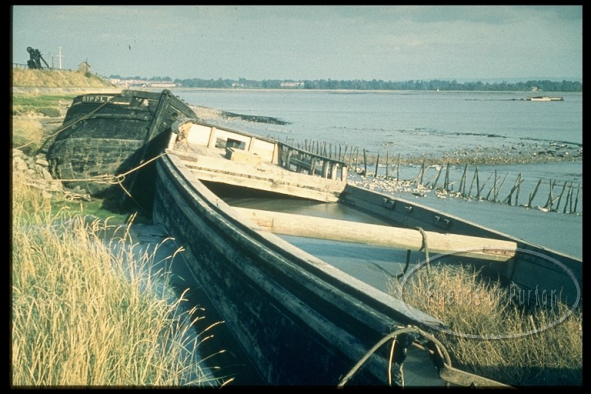 After a lifelong service to trade on the River Severn, it seems fitting that Ripples latter years were spent employed by local river contractors the Saul based Butt family. Whilst in this role it is believed that the sturdy little former trow delivered many hundreds of tons of stone to shore up the river banks against the continual erosional forces. All the more fitting therefore, that her squat frame was eventually taken to Lydney, in order to add her strength to the dwindling foreshore. 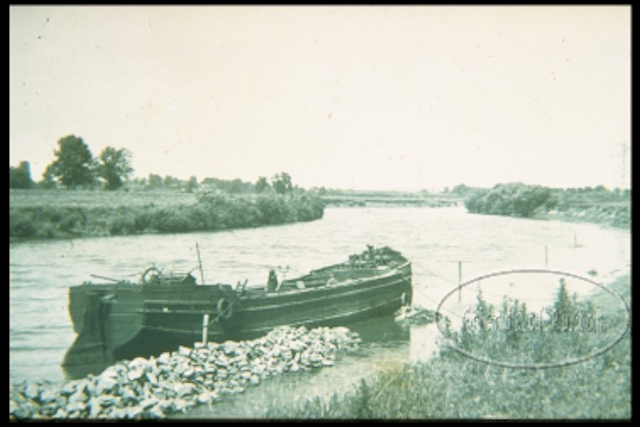 Furthermore stated that it soon became apparent the Lydney’s dock wall and adjacent river bank were also prone to erosion and this resulted in the British Waterways abandonment, of 3- 4 hulks on the foreshore to act as breakwaters, including the Gloucester registered lighters  Ripple, Llantony and the Wasp.

Paul,
The three postcard size photo’s of trows at Gloucester Docks were delivered yesterday.  Unfortunately, none are of high quality, but all have since received some Photoshop treatment.

The third trow proved not to be HIGRE but instead the former Wich (* LPB Trow) barge RIPPLE.  All three photographs are noted as having been taken in September 1950.

Additional notes on the backs of the prints read as follows:

Working for the Severn River Board in 1951 Mr Walter Butt’s trow, the Ripple, using an engine, comes alongside a berth, just below Llanthony weir to load stone for revetting the riverbank at Hempsted below Lower Parting.

Mr Walter Butt’s engine trow “Ripple” delivers stone for the revetment of the Severn Bank at Hempsted in 1951.

The trow “Ripple” discharging stone for the Severn River Authority at The Strand, Westbury-on-Severn

Having used the old trow “Ripple” on several jobs for the Severn River Board Mr Butt dumped it on the foreshore at Lydney behind his other barge, the “Wasp”, which is in the foreground.  Both were soon completely broken up.

LW recalls that the former trow Ripple was a well known and frequent visitor to Bristol and is now beached at Lydney.  Furthermore Fred Rowbottom’s book The Severn Bore shows a plate of the Ripple coming into Llanthony Wear.