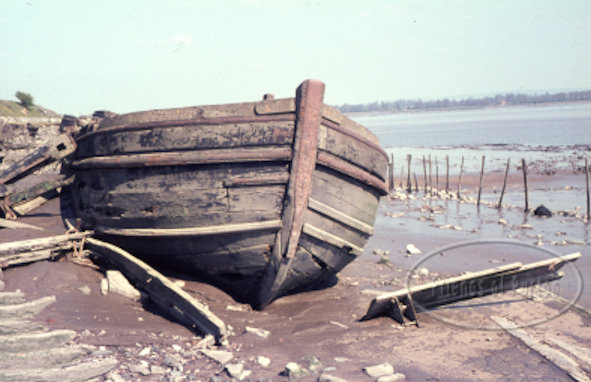 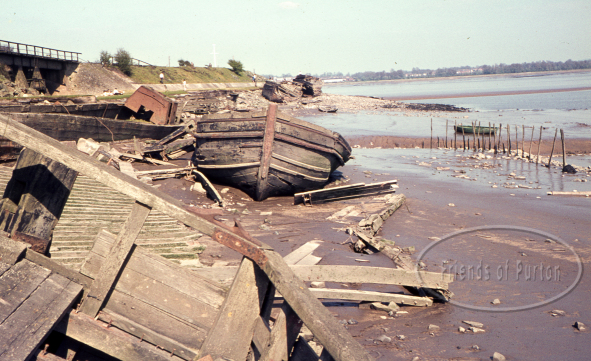 Celtic timbers, now sadly litter the foreshore after being dashed to pieces by the unrelenting waves of the Severn Sea.  Various line of enquiry are currently being investigated both regarding her past life in the employ of ICI and the actual date her eventual abandonment on the foreshore. This of course has been greatly narrowed by the recent discovery of Mr M Watson’s hand written entries inhis Harbour Masters work books of 1952 -1955 in which he details the following:

Work goes on to unravel the mysteries of this very busy time in bank protection.

A recent visit to the Bristol Archive and a deep delve into its wonderful collection has unearthed the following:
Port of Bristol Authority
Register of Vessel laying up books
Ref PBA/MGT/AD/14/1-6

This is therefore conclusive evidence that both the Celtic and the Emerald as formerly owned by Fred Ashmead, a company renowned by its history for beaching its old timber fleet in various places on both the River Avon at Sea Mills – (Ruby and Gem), Purton (Harriett and Dursley) and now Lydney (Celtic and her alleged sister ship Emerald).  We thank the company for them all and eagerly await to see where others will turn up!!