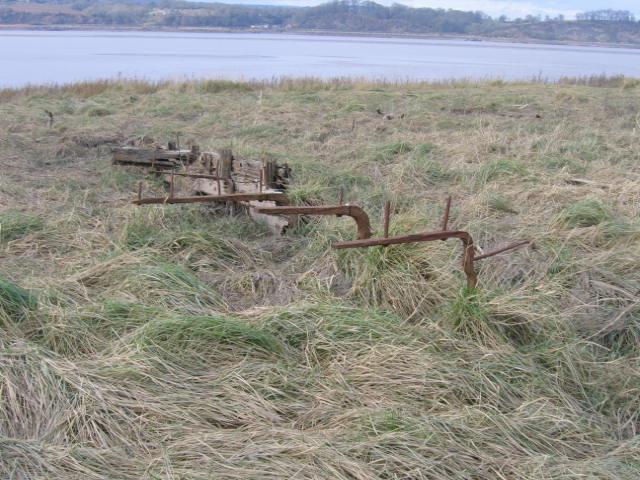 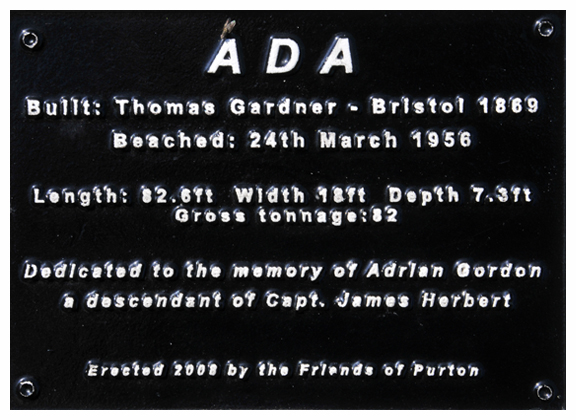 Built as a rare example of a Bristol Dandy by the local shipwright, Thomas Gardner, the Ada remains are of great significance in relation to local construction, techniques and design. Further, her long and chequered trading history incorporates a wide role from south-west coaster trading as far a field as Southern Ireland, with pit props and bark for tanning, and home again, with Irish hams, to the very humble end of days as a de-masted hulk in Avonmouth docks, used as an unloved floating cargo hold for rancid dunnage from imported meat consignments.

Interwoven throughout her considerable time spent on Severside, the Ada underwent several changes of owners, which in itself reads like a who’s who of local sea faring dynasties of the era. Families such the Gloucester based Gardners, Withers, Johns and Pedersen, the Herberts of Frampton and Bridgwater, finally finishing her days in the employ of the eminent Bristol lighterage firms T. R. Browns and Benjamin Perry & Son. This, in itself, represents a social-economic parallel of such importance that it can, therefore, be said that this once fine vessel has helped to shape and fortify the region’s extensive trade routes.

Sadly, despite her lineage and obvious importance, the Ada was devastated in 1986 at the hands of a serial arsonist who, in turn razed her sad remains to the ground, leaving virtually nothing exposed above ground bar her forged hanging knees. To this end the author is unsure as to how much is left below ground, however, it is certain that virtually all of her keel is intact, as both her prow rubbing straight and rudder stock remain intact and visible.

This is an immensely exciting prospect as the vessel is located filmy within the upper littoral zone and is therefore safe from all bar the highest of spring tides. As a result, the Ada may yet be able to give up some of her secrets in time.

As a result, the Ada may yet be able to give up some of her secrets in time.

Ship Shape and Bristol Fashion was not always a sign that all is well. This appears to have been the case in the story of the Ada’s early days. Although information is patchy, the 1869 construction for Bristol mariner Mark Whitwill appeared to have fallen on hard times, for within a relatively short period of 11 years the vessel was, once again, in part ownership of her builder, Thomas Gardner, now based in Gloucester. Be this a case of defaulted mortgage or perhaps a death, the Ada changed hands and re-registered in Gloucester. At this time she frequently changed hands and is known to have been owned by some of Gloucestershire’s most prominent Master Mariners until 1920, when she came under the ownership of the revered Herbert Dynasty. It was at this time that she is known to have strengthened ties between Gloucester, Lydney, Bristol, Highbridge and Bridgwater in the highly successful coal trade.
Sadly her fortunes took a dive during the 1930s, partly due to a national economic slump, a faltering coastal trade and a general downturn in the fortunes of the coastal industry. As a result of spiralling financial costs of maintaining a fore and aft vessel, the Ada eventually passed onto T.R. Browns who had her cut down and re assigned as a towed barge in 1933. This was to be only a short reprieve and the Ada eventually had her registry closed and was hulked in 1938 with the end in sight. Fortunately, 1939 saw her £10 sale and eventual rebirth under new ownership, albeit as a Benjamin Perry vessel employed as a floating garbage hold. This did, however, extend her life and she remained in partial service until 1956 when she was taken in tow by Perry’s tug Salisbury, to Sharpness, where she was collected mid river by the Primrose and duly beached on the Purton foreshore. There she remained until her untimely destruction at the hands of a demented individual who, like many to follow, was to decide that her fate was a short fire away.. 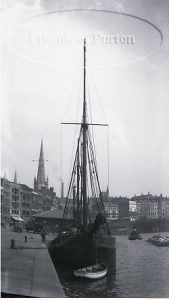 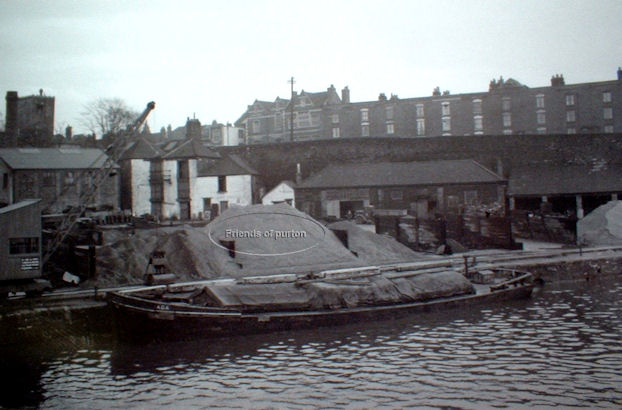 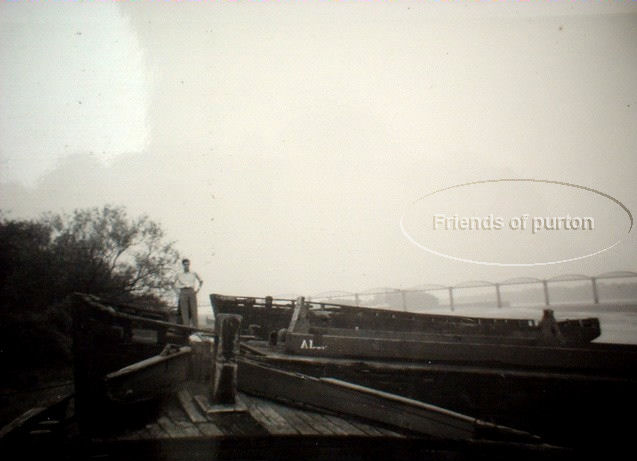 Looking south across the late arrivals, from Abbey, to Ada and Voltaic ex Sarah MacDonald. Note the New Dispatch is yet to be located. The Robert Schopland Collection 21st September 1957 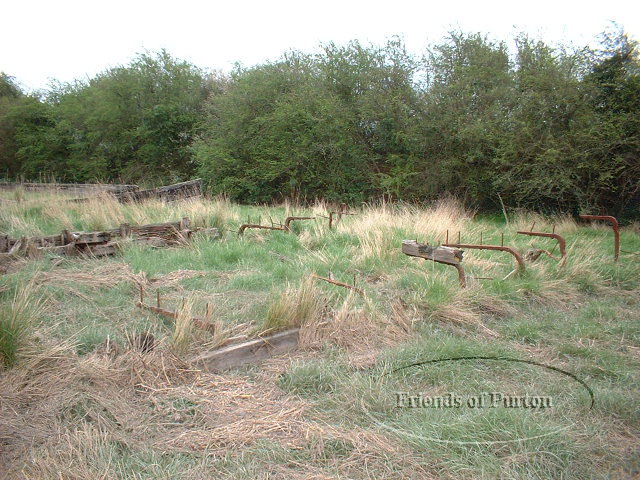 Skipper of Dredger No 4, Date of Interview 01.07.03
Eric advised that the decked ketch Ada was crewed by brothers Joe & Harry Herbert of Frampton whilst employed in the wheat and general cargo trade. Coupled to that, Eric’s brother Ira Aldridge compiled an archive that also indicated the Ada was owned by their father Capt. Joseph Herbert and frequently ran coal to Highbridge.

Great Great Grandson of Joseph Herbert
Adrian provided a jotted note which advised that the Ada – Ketch Ada 1869, had at one time been owned by the late James Herbert and was now on Severn bank at Purton.

Footnote: Adrian sadly died on 31st December 2007 and his ashes have been scattered at the site. He was a good Friend of Purton and is greatly missed.

Benjamin Perry employee, interviewed 2nd April 7 June 2005
John recalls the J.&A.R. was a frequent visitor to Bristol docks and further states that she was similar in shape to the Katherine Ellen and Ada. John also recalls that the Ada was last used as gash vessel to collect dunnage and meat wrappings from freezer consignments at Avonmouth, and that she had a large deck head skylight similar to the Katherine Ellen. That said the the Ada was used to load the largest grain bags, called 4 Bushels, at Co-Op Mills in Avonmouth, for Weston Counties Mills at Redcliff Bridge, Bristol.

Upon further consideration, John went on to recall that as a child he spent time in the Perry’s pay office and was often put to work by his father to enter the employees name on his pay slip and include it in his Thursday issued pay packet. As a result, he recalls that the last Captain of the Barge Ada was a Gloucester man by the name of Henry Escott. John further recalls that Capt. Escott would routinely lodge in squalid conditions on board the Ada and only return home at weekends.

John went on to state that the aft cabin of the Ada often required fumigation in order to eradicate lice and cockroaches. This was carried out with the use of sulphur candles being lit and sealed in the cabin over a weekend. Furthermore, John recalls that most of the old timber vessels needed this treatment in order to manage frequent infestations.

JM also recalls that due to her age and condition, Perry had very little work for the Ada and as such she would be moored for long periods of time at Kings Wharf. Eventually however, the Ada was put to work at Avonmouth in the guise of a floating refuse barge, employed to take dunnage from visiting cargo ships carrying frozen meat carcasses wrapped in gauze-like packaging. This task in turn, required the Ada to be towed and secured to the side of unloading vessels and loaded over the course of the day until full. At this time she would then be towed to a quite location in the dock, to be unloaded into corporation lorries for disposal at land fill sites.

John, sadly, recalls that the Ada remained in this un-glamorous task at Avonmouth until she was laid up and eventually taken by the tug, Salisbury in 1956, to Sharpness for disposal on the bank at Purton. It must be noted that upon being laid up Capt. Escott went on to find work on Gloucester based barges and returned home to Gloucester to live.

Author of ‘Last of the Westcountrymen’
Ada – Port of registry, Gloucester – Barge – Severn Trow
Dismasted in the Bristol Channel in 1929.
Towed to Highbridge by a steamer.
Hulked in Purton 1951.

Maritime Journalist listed the vessels at Purton as of 22nd April 1957 and identified the vessel as Ada Trow of Bristol. This is further supported via his photo of that time which clearly shows the letters AD on the hatch combing.

Telephone call received from Betty Wilson to advise that the 1881 census states that her great grand father, Charles William Pethram, was the master of the Ada in 1881 at the age of 23, and was employed within the coal trade from Bullo Pill to Lydney.
Furthermore, his crew consisted of:
Mate William Hurd aged 60 of Bridgwater
AB William Cridge aged 19 also of Bridgwater.
Other Pethram vessels include George (see Lydney vessels) Neptune, Staunch and William (1864).